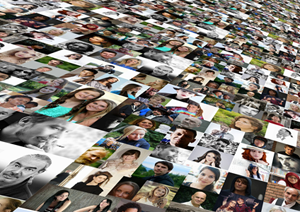 As social media has mutated into a ravenous, many tentacled time-eater, news from our friends about their families’ triumphs and trials has become omnipresent, and unrelenting. It can be a never-ending vacation slide show from hell. As a result, every day there’s a new complaint from those who follow: too much self-promotion in my feed. Too many photos of other people’s posh vacations. Too many selfies! No one wants to see what you had for lunch/what your baby had for lunch/how cute your cats are. And yet the posts keep coming.

“For the love of God, stop posting 9,000 pictures of your baby on Facebook,” pleads an author on Chicago Now. “You know the type I’m talking about. That mom who genuinely thinks her baby is cuter than all the others. Yo, jackass, we all think our own kid is the cutest.”

Indeed, social media and babies are a particularly dangerous combination. A 2010 study by the Internet security firm AVG Technologies found that 92 percent of American children under the age of two have some kind of digital profile, with images of them posted online. But posts chronicling every adorable move of our friends’ babies and kids certainly aren’t the whole of the online offensiveness: Elite Daily lists the 50 most annoying people you encounter on Instagram, including the Internet Model, the Fashionista and the Rich Kid—and I can certainly list a few more—while others offer endless advice on how to politely ask your connections to be less boastful, less prolific and less, well, annoying.

Part of the problem is that social media just makes sharing—oversharing—way too easy. A click of the button on a digital camera, a quick download, and the picture or video clip is flying to your Facebook feed. But there are also plenty of studies supporting the addictive nature of social media, and how obsessive posting works directly on the pleasure centers of the brain.

And yet the real problem here is not that we’re an addiction-addled culture of oversharers, though that may indeed be true. Instead, it’s that we’re a culture of complainers. We use complaints as icebreakers or to bond with others: What’s with this weather? What’s with our boss? We use complaints to establish rapport. Studies have suggested that complaining adds years to your life by helping us release tension. But we also complain because it’s in our nature, and we’re more apt to complain than to do something about it. Complaining about the social media habits makes this ever more clear, and has become a favorite topic of conversation: Who’s most annoying in your feed? Because of course, the solution to dealing with the oversharers clogging our feed is painfully obvious: Unfollow them. Stop engaging. Delete.

But can we? Or have the followers become as obsessed and addicted as the oversharers, the ones who do it for the “Likes”? We tend to issue blame on the people who post, but we’re hooked, too. Obsessive posting, after all, is a result of obsessive following—if there were no audience at the ready, there would be no need or reason to post. Consider as an example the end of relationships that take place over social media, from that of your college friends to that of Representative Mark Sanford, who ended his engagement to María Belén Chapur via public Facebook post. We’re not talking about the change in Relationship Status from “Married” to something else, but long, drawn out, intimate details that we’re shocked and horrified to read—and yet read we do. I followed along as two old friends ended their long-term relationship by posting all the last details of each other’s transgressions. I knew that this was not information I wanted to have. And yet I read it. All of it.

This, of course, is what keeps people over posting. It’s not their inherent flaw, or simply their desire to be heard. It’s our willingness to listen. The only way people will stop oversharing, or badly sharing, is to refuse to be their audience. That’s not something we’re willing to do. So instead we complain, and pretend to wonder what it is we can do about all these selfies filling our feeds. But if you really want your friends, colleagues and the strangers who appear in your feed to stop being so obnoxious, inappropriate and self-promotional, you know what to do. It’s as simple as hitting Unfollow.